Back when running Rastermania on a day-to-day basis and having to test a lot of PCBs and MVS carts form arcade operator raids, we have learned one thing... You need a good testing device for all these boards and carts.

One of the tools used for this is a Supergun, a small device which connects your arcade PCB to a TV or monitor and allows you to connect home-made or if you were lucky - neo geo or megadrive controllers to play the games.

Having seen, tested and used a multitude of Superguns we have always found to be something missing or something that could be improved.... We were thinking "Hey, we should do this... We should make a supergun thats made for 2019, not for 1995"

So that is exactly what we did.

Introducing the Kodai16 Supergun - A flexible and modular buildup allowing for a wide selection of game boards, controllers and audio/video outputs by design. 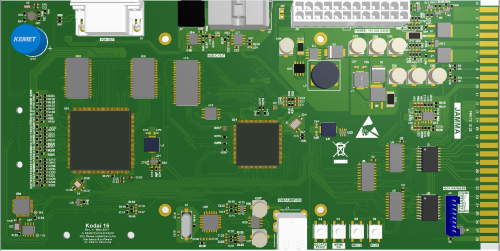